Given that children are our regular audience, this years’ Bašta fest brings a special programme for our youngest guests! In collaboration with Timishort, international short film festival in Timisoara, Romania, Bašta fest will show two blocks of TimiKids programme – one dedicated for children between 6 and 10 years of age, and one for those a bit older (11 to 14 years of age). TimiKids screenings will be taking place at cinema Vlaja in the city centre, on 7th and 8th of July, from 11:00 AM. This programme is selected for Timishort by our last year’s jury member, Massimiliano Nardulli.

Timikids programme will contain 12 animated films from 8 countries, a novelty for Bašta fest, which has thus far focused only on fiction films.

In this way, similarly to the last year’s collaboration with FeKK (International short film festival in Ljubljana, Slovenia), our Festival network has been extended to include Timishort, which will be presented at this year’s Bašta fest. 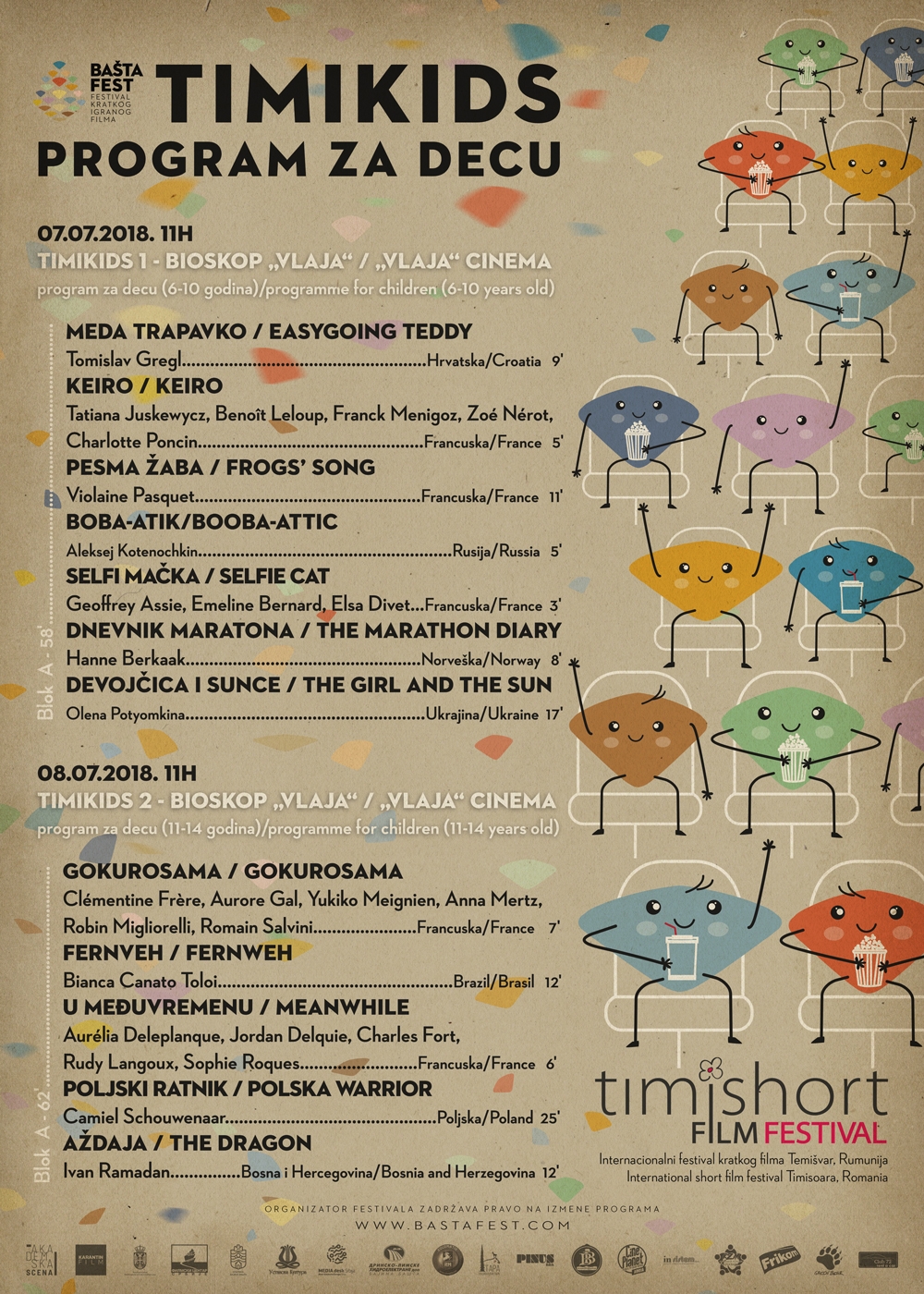