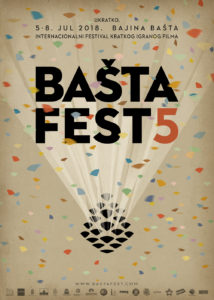 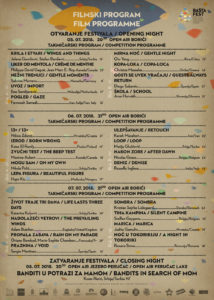 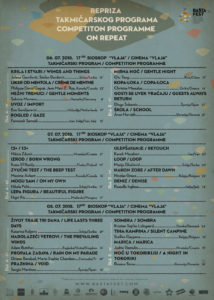 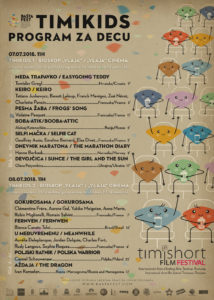 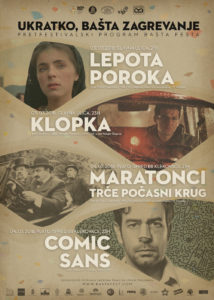 The fifth Bašta Fest was opened by actor Milan Marić.

Golden Imagination (Best Film): film “The night in Tokoriki” (dir. Roxana Stroe, Romania)
jury’s explanation: Piling up clichés and folkloric stereotypes never made a good film. Finding a unique route to navigate them is original enough but flipping them over to reveal a story that was carefully not anticipated is the mark of a great artistic manipulation also know as „a very good film“. There were a fairly amount of good films in the selection but one stood out as the greatest artistic manipulation of them all. The jury has designated „A night in Tokoriki“ by Roxana Stroe as the best film „Golden imagination“ of Bašta fest 2018.

Golden Indication (Best Director): Christos Massalas for the film “Copa-Loca”, Greece
jury’s explanation: You often hear people talk about a special place in their heart without anyone picturing an actual location. It takes a director with a refreshing talent to merge the metaphor with a story set up between the heart of a place, the heart of a character and the one of an author. This special place is called „Copa-Loca“ and the award for best direction “Golden indication” goes to Christos Massalas.

Golden Interpretation (Best Actress): Sonia Sanjari, for playing Maryam in the film “Retouch” (dir. Kaveh Mazaheri, Iran)
jury’s explanation: How difficult it must be to a professional actor who has to play a non professional forced to act her way through a life changing situation? It takes not less than a performance that is sometimes dramatic, comic, subtly social and always touching despite cold or determined moments. What some actors might achieve over the course of a career, actress Sonia Sanjari demonstrates within 20 minutes with her leading role in „Retouch“.

Golden Interpretation (Best Actor): Théodore Pellerin, for playing Wojtek in the film “The beep test” (dir. Maxime Aubert, Canada)
jury’s explanation: We often confuse acting with the journey of the character, having the false impression that a lead part has to change its value over the course of the film to prove a worthy performance. But it takes strength of character to stand by the minimalistic approach of the introvert and still maintain a firm lead on a film full of conflict opportunities. True underdogs are hard to come by so the jury is glad to award Théodore Pellerin for his portrayal of one in „The beep test“.

Golden Inspiration (Best Screenplay): Nikica Zdunić for the film “13+“ (dir. Nikica Zdunić, Croatia)
jury’s explanation: For clearly pointing the universal moment that gave birth to the coming of age genre and turning it into an empathy device for parents and children alike, Best Screenplay Award “Golden inspiration” goes to „13+“ by writer/director Nikica Zdunić.

director Katarina Koljević for the film „Life lasts three days“, Srbija
jury’s explanation: Our first special mention goes to a promise clearly stated in film that got the most out of significant challenges, narrative but also artistic when it comes to actors direction. For managing to create a solid relationship between two generations of actors on screen while telling a compelling story with visual efforts, the special mention of the jury goes to a promising director, Katarina Koljević for „Life lasts three days“.

actress Aya Crnić for the film „Import“ (dir. Ena Sendijarević, Holandija)
jury’s explanation: The beauty of acting is the magical smoke screen between the audience and the knowledge that the actor is acting at all. For its second special mention, the jury could not see through the magic but unanimously agreed on a beautiful and charismatic presence on screen, one that shines a light on the film „Import“ thanks to the young actress Aya Crnić.

The jury comprised of: Shai Levy, handed out the awards:

Golden Visualization (Best Camera) to Mario Pućić for the film “13+” (dir. Nikica Zdunić, Hrvatska).
This award was included and handed out for the first time in 2016 with support from the rental house Cineplanet.

jury’s explanation: We were looking at this year’s exciting works from Serbia and around and are happy to announce – the award for the best camera „Golden visualization“ goes to cinematographer Mario Pušić for his work in the film „13+“, for his distinguished achievement in creating a world to the main character and her coming-of-age story, thought-out design, attention to details and bold aesthetic decisions.

jury’s explanation: Special mention goes to Thomas Schira for his work in „After Dawn“, for his outstanding sensibility in displaying human body, impressive composition and work with light.

jury’s explanation: Film “Life lasts three days” shows a realistic life story about two characters with completely different ways of living and their influence on each other. The film teaches us how to live freely and not by specific rules.

Bašta Fest handed out the award:
Bašta Honour, to Goran Gajić, for outstanding contribution in the promotion of Bajina Bašta and the entire region.

Bašta Braveness, to Predrag Jovanović, for braveness and enormous help in the moment of founding the festival.

Critical Camp is an educational program that had its pilot edition on Bašta Fest in cooperation with the association Filmkultura, designed in the form of a film criticism workshop. The idea is to raise awareness of criticism among young people, and this group became curious and committed to the adventure of careful viewing and in-depth consideration of films from the competition programme, with the support of the coordinator Masa Senicic. In addition, critical critics were in constant contact with film authors who were guests of the festival, as well as with the Youth Jury, comprised of three high school students from Bajina Bašta.

Mini Film is a free educational programme for children and young people whose goal is to popularize film art among the youngest audience. The idea of Mini Film is to awake creativity and curiosity among children, and above all to create a prerequisite for a critical attitude regarding what they consume. Practical exercises in which children independently come to conclusions are the best way for them to adopt and subsequently apply the knowledge acquired, while specially designed games encourage them to take an active role in creating something they have only been able to participate in as observers. Through interactive workshops, which will result in optical toys and a short film, this programme draws children into the world of moving images. By learning the simplified processes of film-making, children are able to better understand the art of film and, hopefully, develop a love for it. Mini Film is a programme of Filmkultura, an association for education in the field of audiovisual art, which has been held in around 20 cities throughout Serbia since 2014.