THE JURY OF THE SIXTH BAŠTA FEST

We are proud and happy to announce the jury of the sixth Bašta fest!

The main jury consists of three members and they are Dragana Varagic, Serbian actress, Rasko Miljkovic, Serbian director and Carla Fotea, Romanian producer. They will hand over five awards: for the best movie (Golden imagination), the best director (Golden indication), the best male and female role (Golden interpretation) and the best screenplay (Golden inspiration). Jury also has a right to give one or two special mentions, to divide the existing awards or not to hand them over.

Youth jury, consisting of high school students from Bajina Bašta, will also choose and award the best film with the Youth Jury prize. Their participation in the program encourages a critical attitude among teenagers in the local community. The members of the Youth jury are Jevremovic Saska, Zivanović Hristina and Ivan Đurić. 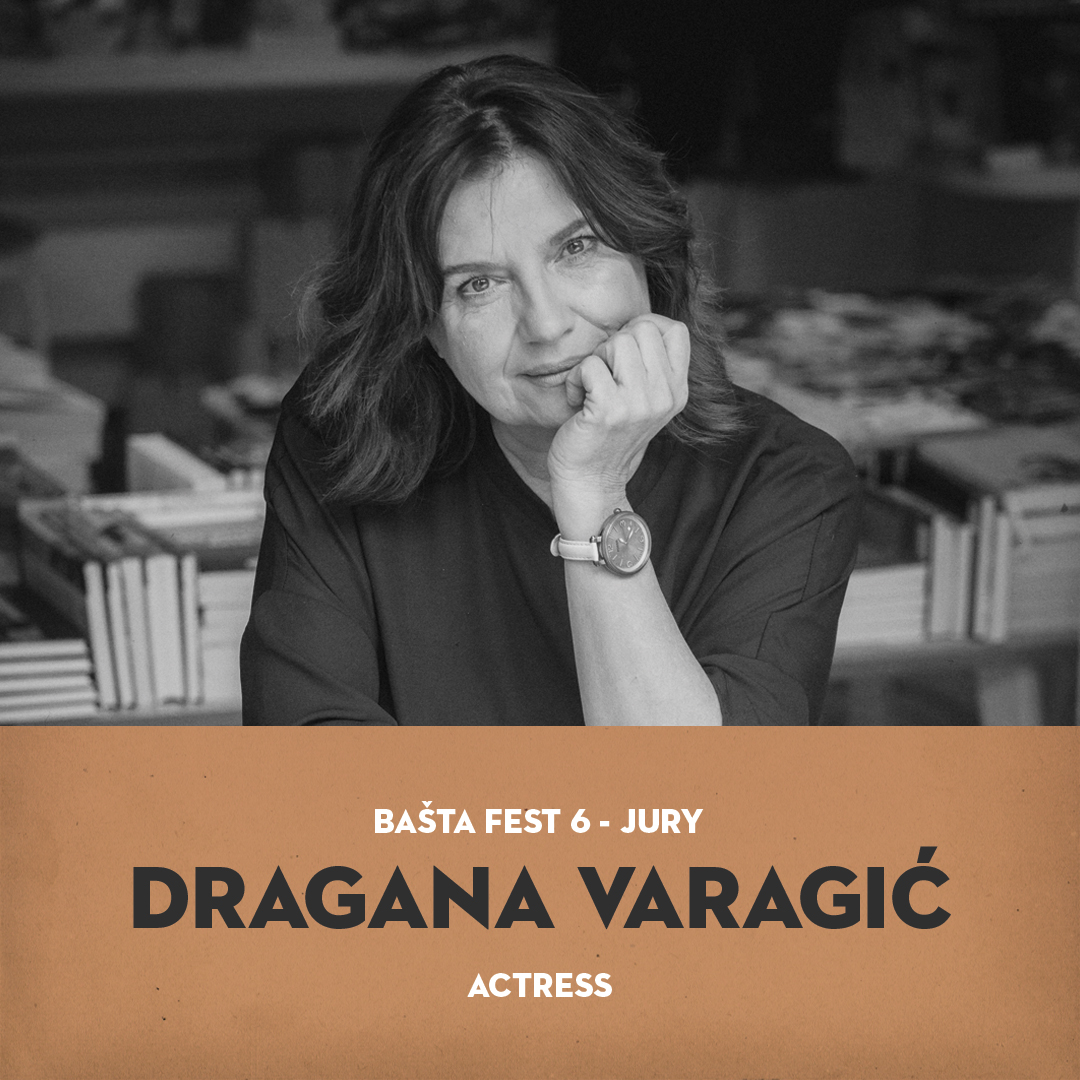 Dragana Varagic graduated at the Faculty of Dramatic Arts in Belgrade, acting department. She specialized on Shakespeare in Stratford and got her master degree at the University of Toronto.

In Canada, she played Shakespeare, Strindberg and Howard Barker. She taught acting and directing at the Canadian universities.

She teaches acting at the Academy of Arts in Belgrade. 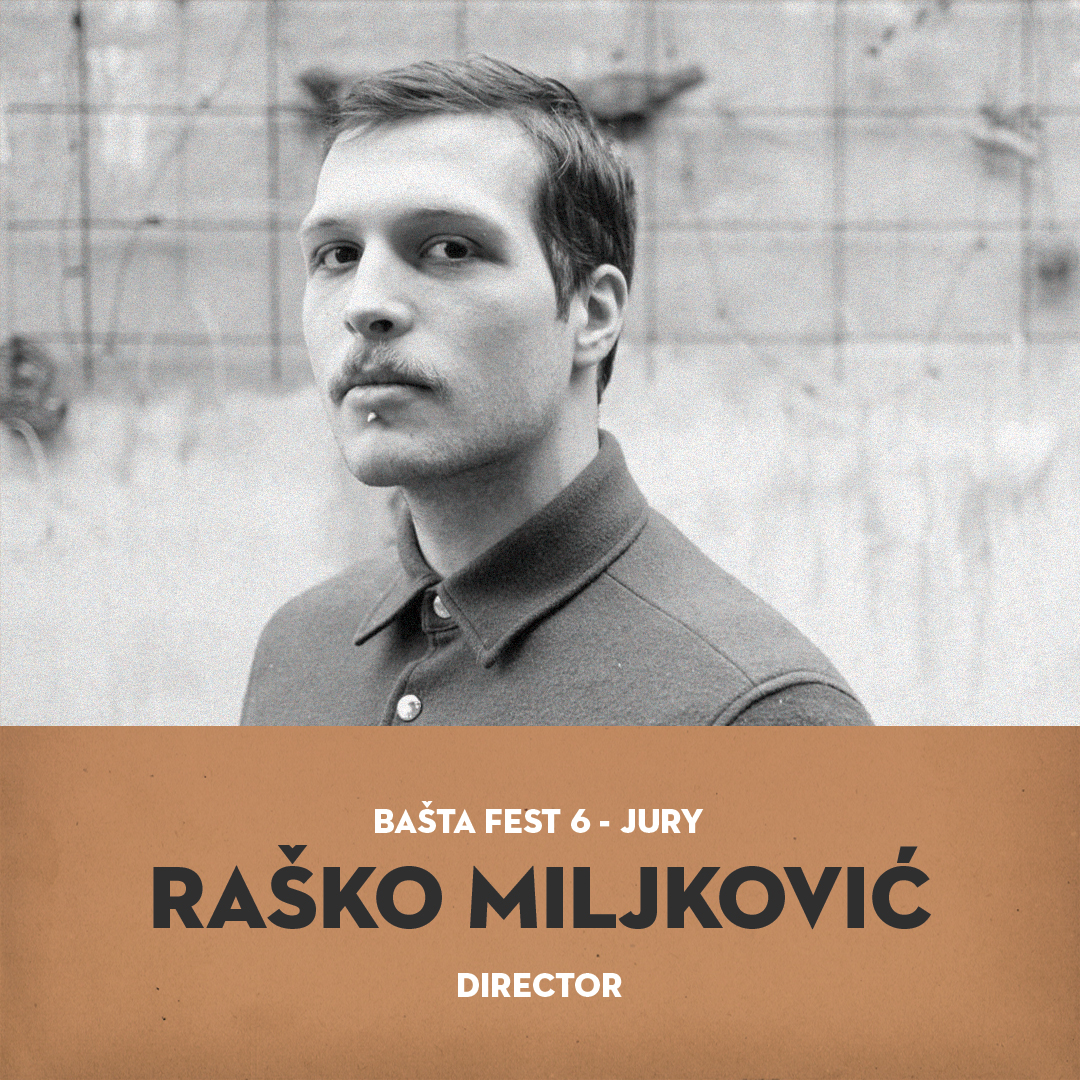 Rasko Miljkovic was born in Belgrade in 1991 and graduated at the Faculty of Dramatic Arts, department Film directing.

His short films include “Kris” (2017), “Save” (2015), “The cravat” (2012) and “Takes three for a murder”(2014), all of which received support and awards locally and internationally. Rasko shot the documentary movie “Sex workers in Serbia”, as well as dozens of TV commercials and videos for Serbian music bands. Worked as lecturer for young talents at Basta Fest and Cinema city in Serbia. He made a series of promotional videos for different productions in Belgrade and nine short videos for Tourist Organisation of Serbia. Worked as a second unit director on web series „#Samokazem“ which won IPA Satellite Award, he assisted on 24 episodes and directed two of them (episodes 7 and 18). Also, he worked as a second unit director in „Sugar Factory“ TV series shot in Cairo in April 2015, which won special jury award at the Festival Luxor Egyptian and European Film Festival. His first feature film „The Witch Hunters“ (2018) was premiered at TIFF Kids in Toronto, Canada and afterwards was screened and awarded on a big number of festivals (Sundance FF, Cottbus FF, Sarajevo FF…) 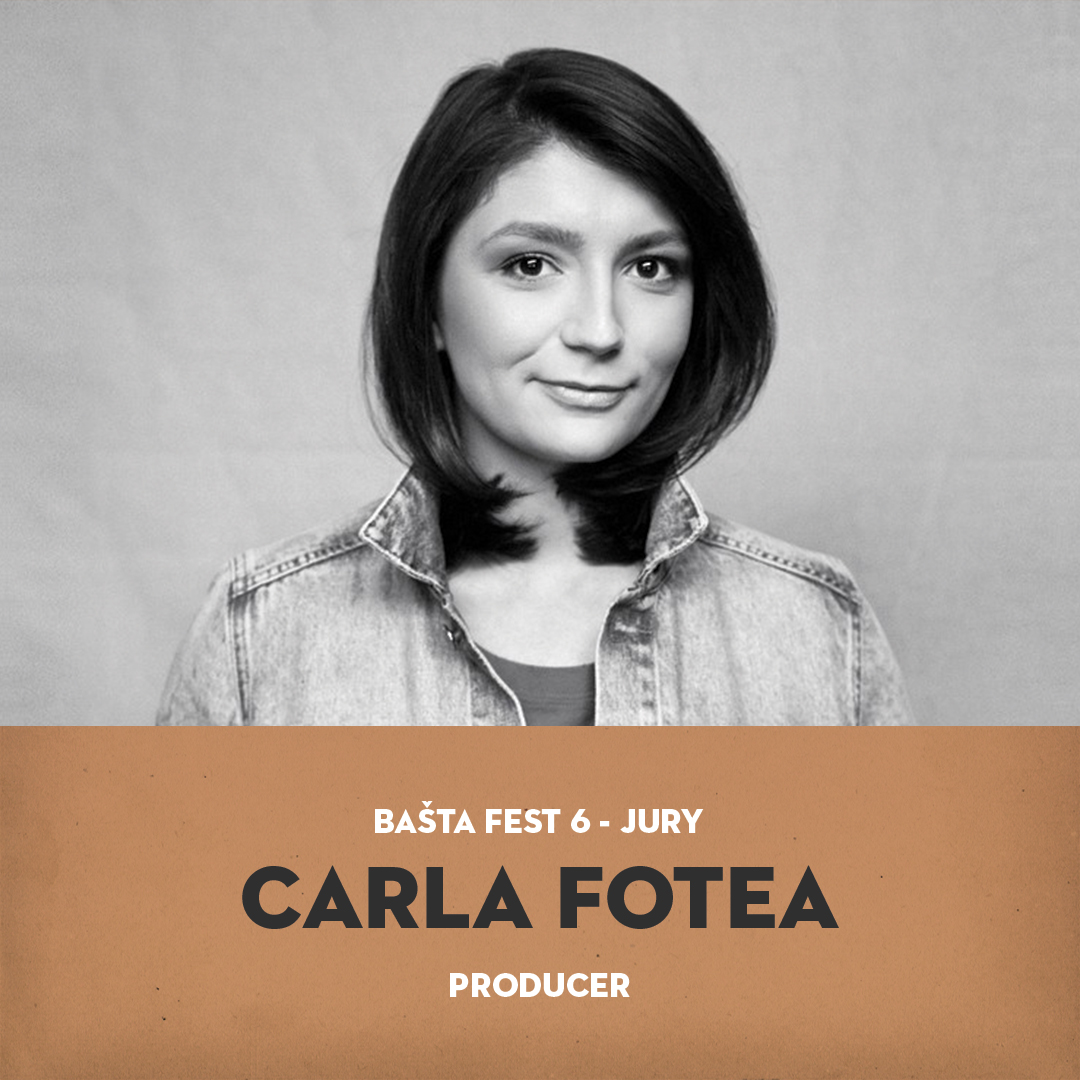 Carla Fotea is a young producer working for Hi Film Productions and Micro Film Romania. She has worked in different roles on projects such as Monsters by Marius Olteanu (Berlinale Forum 2019 – Tagesspiegel Audience Award), I do not care if we go down in history as barbarians by Radu Jude (KVIFF 2017 – Crystal Globe for Best Film) and is now producing the debut features of young directors Ana-Maria Comănescu & Tudor Platon. She is an EFA member and was nominated in the Young Hope Category of the Romanian Film Industry Awards in 2017. 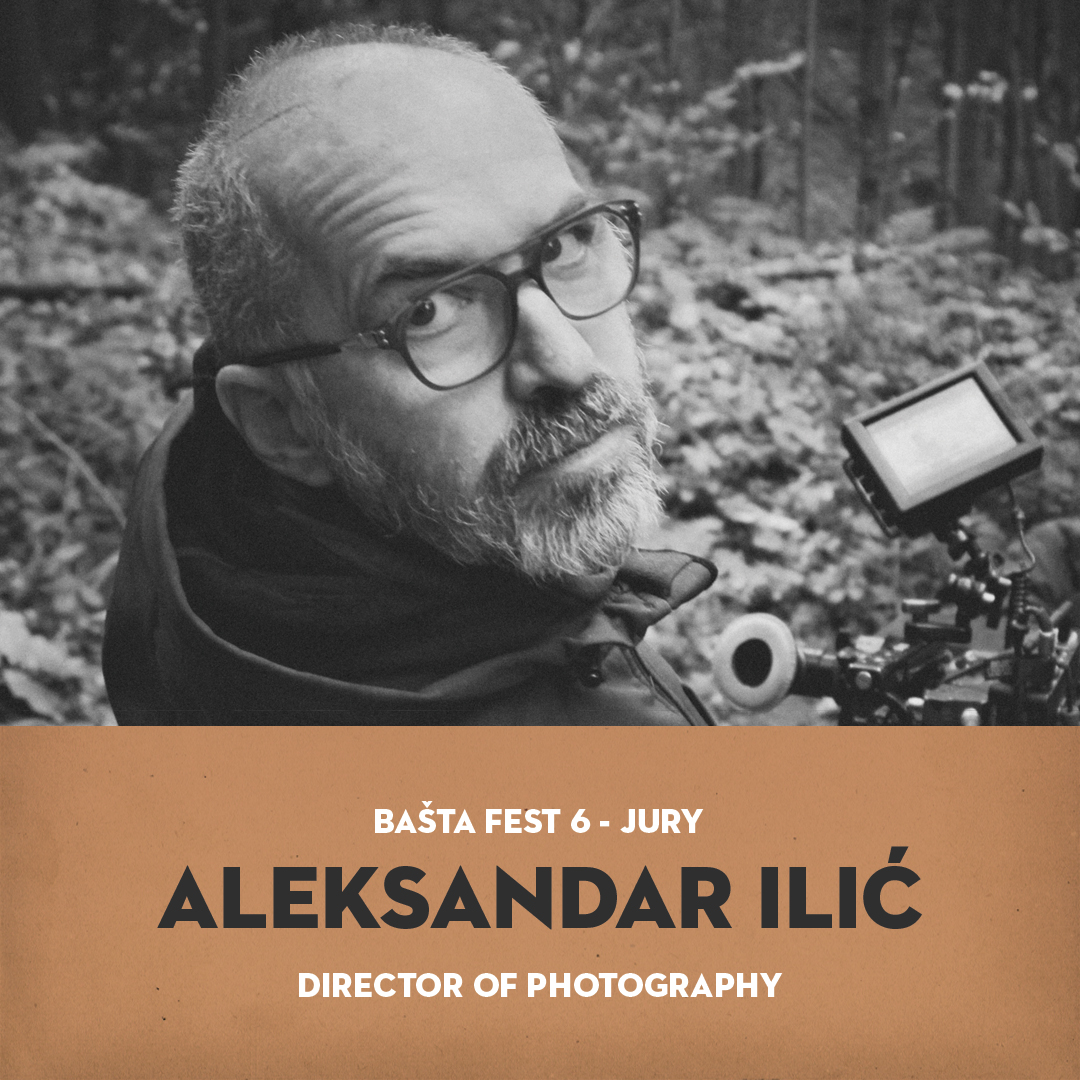 Aleksandar Ilic graduated from FDU in Belgrade, Department for Cinematography.
He was a director of photography on: Absolute Hundred, Trap, Circles and Father by director Srdan Golubic, A Stinking Fairytale by Miroslav Momcilovic, Balcan Epic Erotic by Marina Abramovich – a part of omnibus Destricted, Fabulous Vera by director Stefan Arsenijevic – a part of the omnibus Lost and Found and a few other short movies. For his work, he received multiple awards at the festivals in Serbia and abroad.
He also filmed multiple commercial ads, musical videos as well as art projects, where he cooperated with some of the most important directors and artists from the region.
As a docent, he teaches Cinematography at FDU in Belgrade. 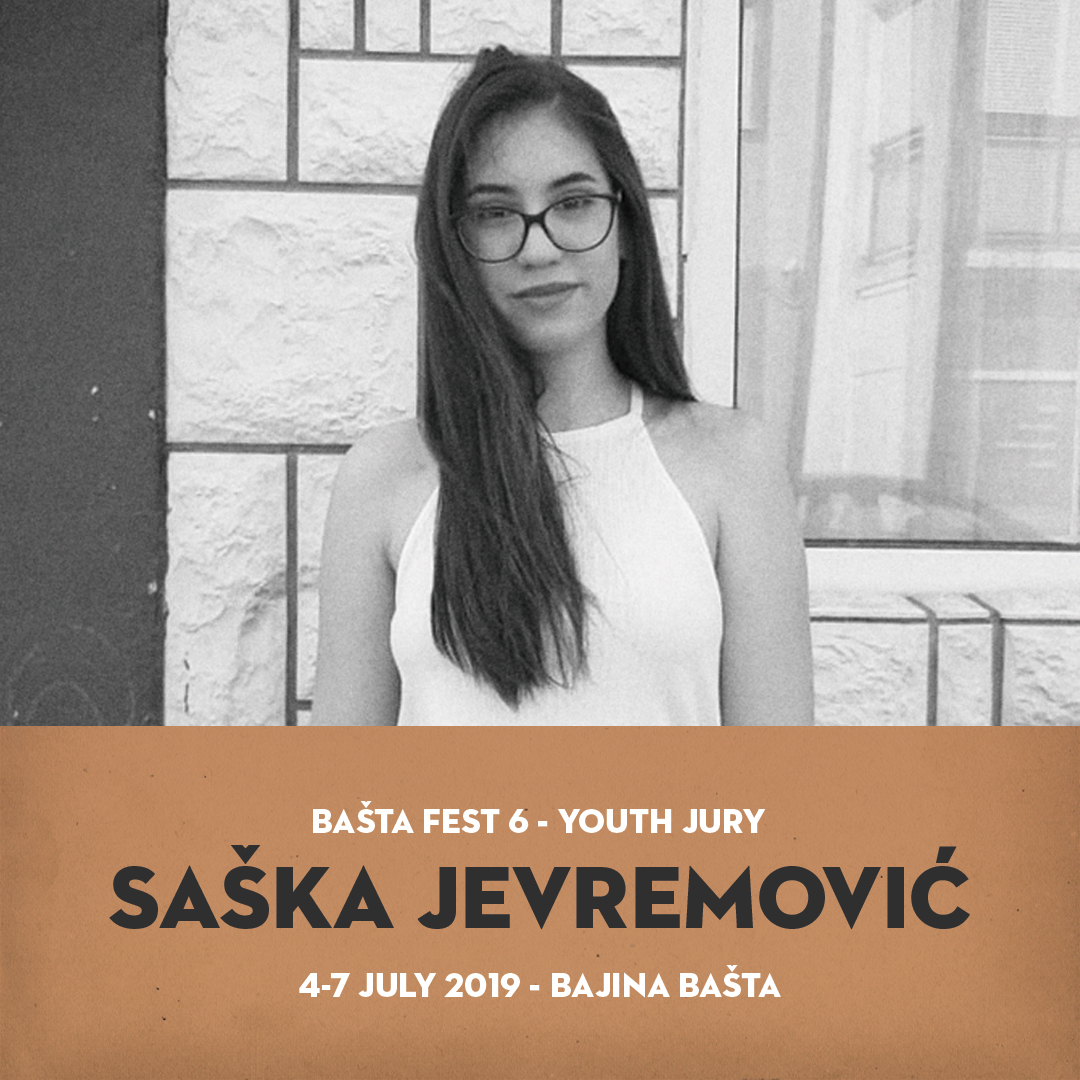 Born on 15.7.2001, she lives in Bajina Basta and is a student of “Josif Pancic” high school. She attended a drama class for 7 years. She’s a huge fan of action movies. She was a volunteer for the past four years at Basta Fest. 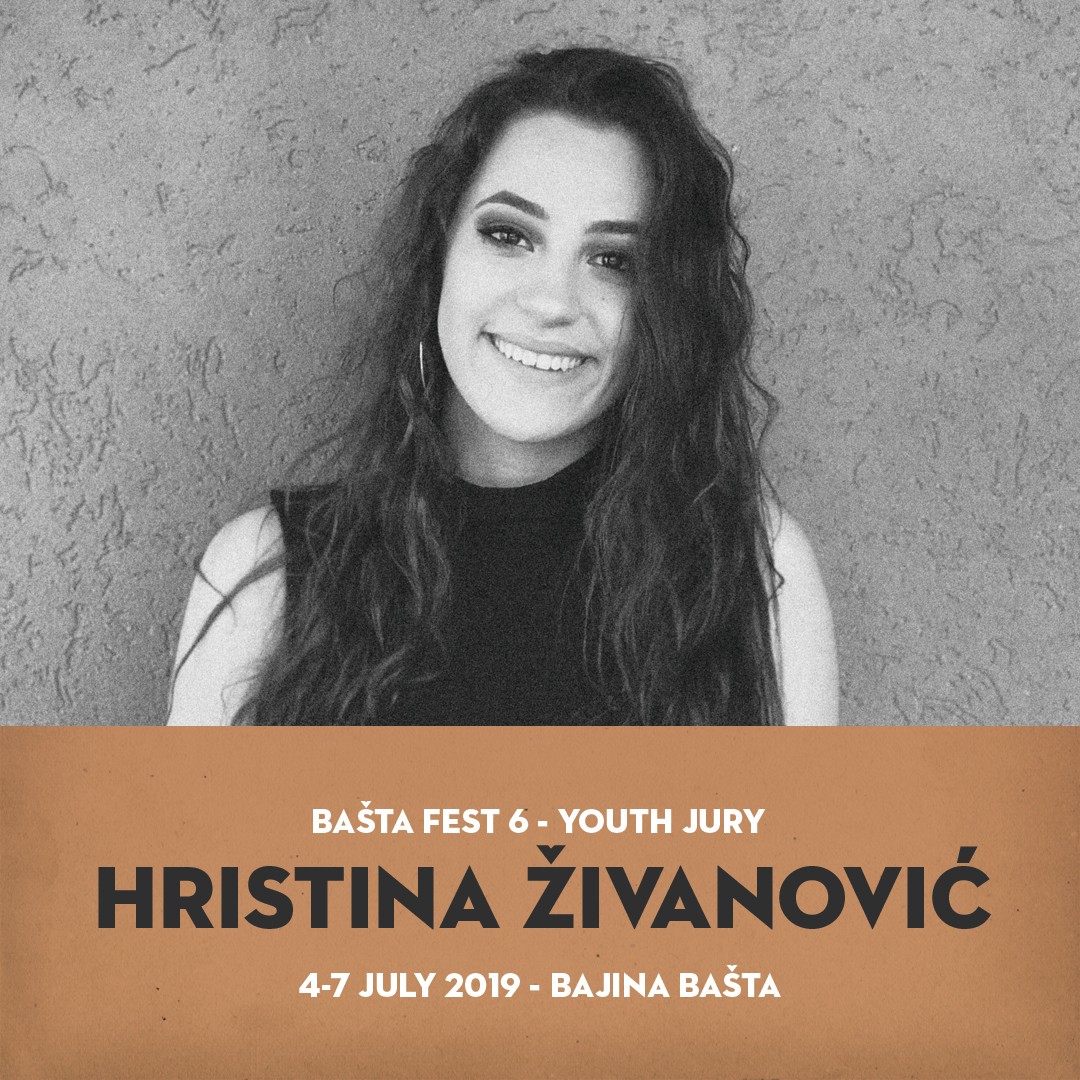 Born on 21.7.2001, she lives in Bajina Basta and is a student of “Josif Pancic” high school. She attended a drama class for 7 years. She was also a volunteer at Basta Fest since 2016. In her free time, she likes to read books. 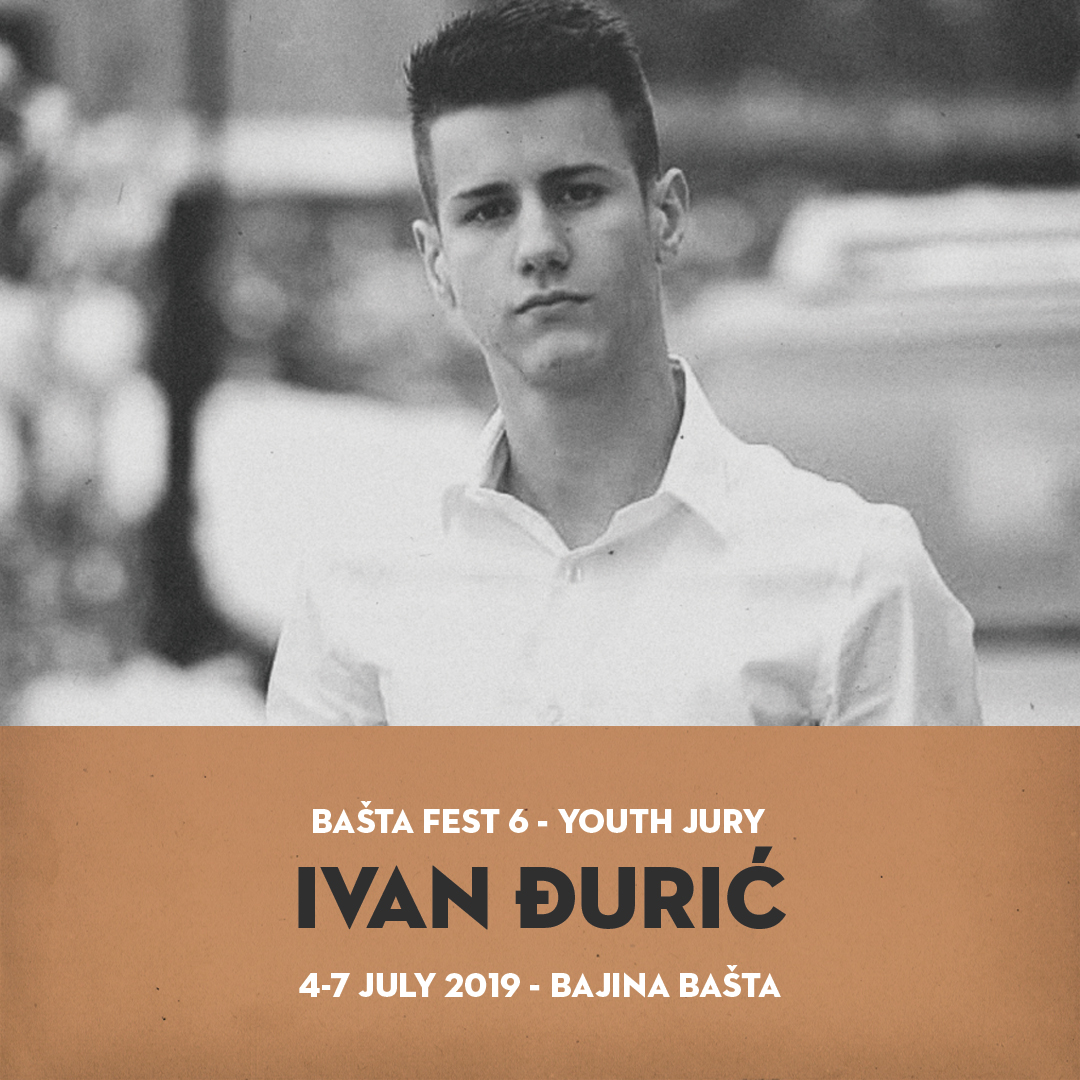 Born on 3.1.2001, he lives in Bajina Basta and is a student of “Josif Pancic” high school. He attended a drama class for 7 years. He’s an active part of multiple manifestations in Bajina Basta. In free time, he likes to play video games and watch anime.