Last year Bašta Fest was a part of the programme Best of ten on Short Waves Festival in Poznan, Poland. This year we are responding to the hospitality and we are going to screen 3 films from Short Waves’ this year’s Polish competition programme – Poland in Focus on 5th of July in 22h in the centre of the city on the “Dušan Jerković” Square. This project is supported by Embassy of Republic Poland in Belgrade.

Films that we are going to see as part of this programme are: “The ordinary life of Sophie” by Dominika Gnatek, “Boys with butterflies” by Marcin Filipowitz and “Fascinatrix” by Justina Mytnik. Festival will be presented by Aleksadra Lawska, program coordinator of Short Waves.

Short Waves Festival is an international short film festival from Poznań, Poland, which celebrates its 12th edition between 24th and 29th of March 2020. Every year six festival days include screenings of 300 short films from all around the world for a total audience of about 7000 film enthusiasts. The programme consists of competition screenings divided into four categories: International Competition, Polish Competition, Dances with Camera and Urban View as well as non-competition programme, educational and industry activities, filmmakers talks, and many others. Every year the festival has a country in focus and multiple theme programmes presenting emerging film talents from different regions. Also, Short Waves Festival sets new trends in the event-cinema field, creating site-specific film installations in unexpected locations or organizing exciting special events such as Random Home Cinema in private apartments.
www.shortwaves.pl/en

As a part of the off-competition programme, we are going to screen the film “Home is where the house is” by the Slovenian director Peter Cerovšek, that is produced by “Karantin film” (also doing the executive production of Bašta Fest) and “Warehouse collective” from Slovenia and supported by brother municipalities Bajina Bašta and Krško, as well as cultural centers Ustanova “Kultura” Bajina Bašta and Mladinski centar Krško. 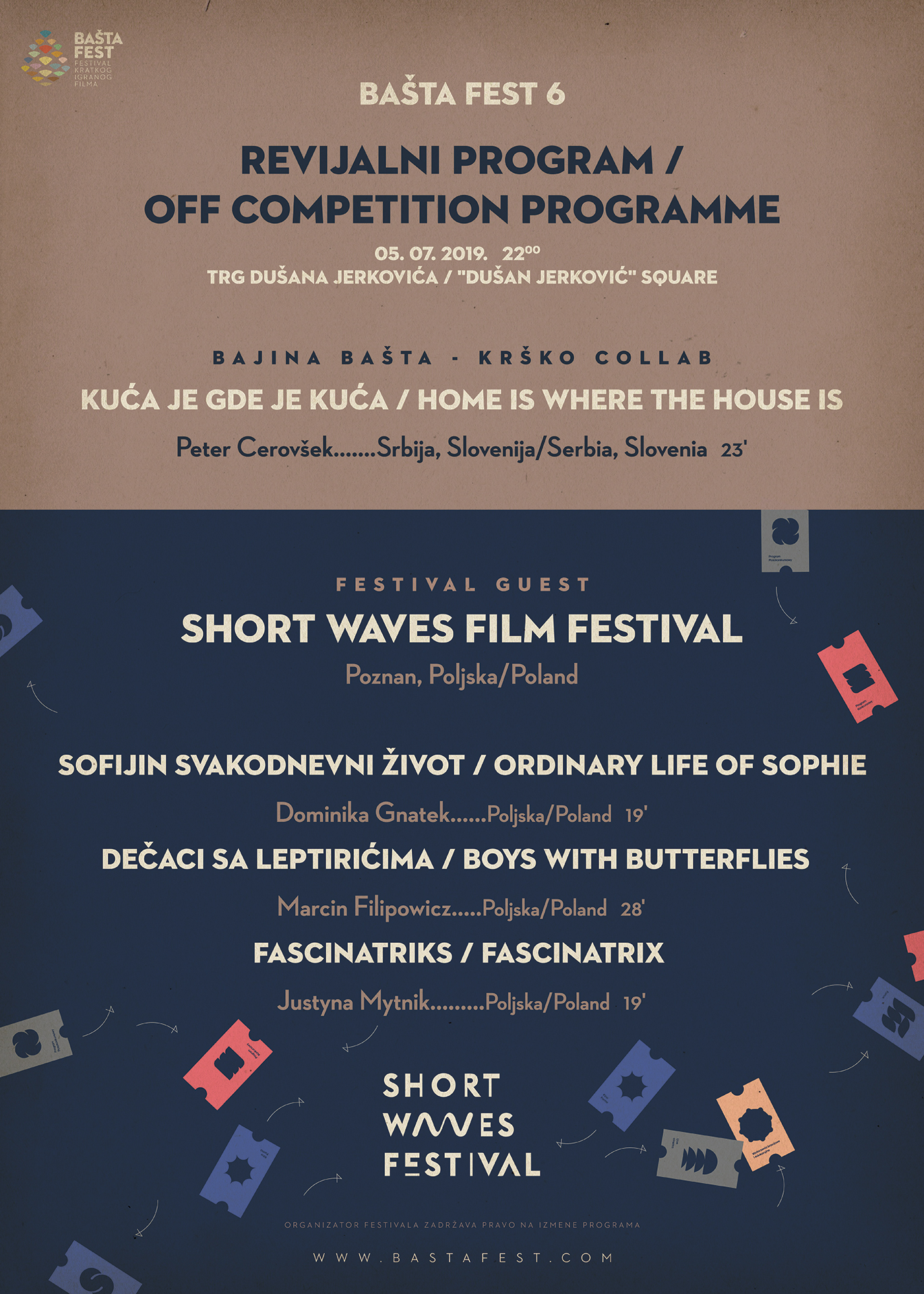