JURY OF THE FOURTH BAŠTA FEST

We are proud and happy to announce jury of the fourth Bašta fest!

The main jury has three members and these are: Croatian actress Ivana Krizmanić, Bojan Vuletić film director from Serbia, and from Italy Massimiliano Nardulli, film curator and festival programmer for many short film festivals around Europe. They will hand over five awards: for the best movie (Golden imagination), the best director (Golden indication), the best male and female role (Golden interpretation) and the best screenplay (Golden inspiration). Jury has also a right to give two special mentions and to divide the award or not to give one .

A jury, made of young high school students from Bajina Bašta, will also choose and award the best film with the Youth Jury prize. Their participation in the program encourages a critical attitude among teenagers, and its members accept this position with great responsibility. The members of the Youth jury are: Katarina Jezdić, Tijana Jakić i Nevena Kovačević. 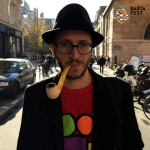 Born in Rome in 1976. After a degree in Humanities and Arts he specialized in cinema. He’s member of the french academy “César”. Since 2007 he worked as programmer and advisor for several festivals around Europe as Arcipelago, Lakino, Brest, Timishort, NexT, Biarrtiz, Divan, Winterthur, etc. He’s a script advisor and the head of talents of the european talent lab LIM (Less is More). He composes soundtracks and smokes pipe. 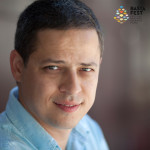 Born in Belgrade in 1977. Graduated film and TV directing on Faculty of dramatic arts in Belgrade.

His first feature film in (serbian-german-french-croatian-hungarian cooproduction) Practical guide to Belgrade with singing and crying had his premiere in competition East of the West program in Karlovy Vary and has received many national and international awards: FEDEORA, critics award on Pula film festival, FIPRESCI critics award on Cinema City film festival and special jury mention on JeonJu Intl. film festival in South Korea.

He worked as co-screenwriter with Stefan Arsenijević on feature omnibus Lost-found and on his feature fiction film Love and other crimes, that was premiered on Berlin film festival. (For this movie, he got a several screenplay awards on national festivals.)

His second feature film Requiem for Mrs. J. had his world premiere on Berlin film festival 2017 in Panorama program. The movie got five awards on FEST 2017, FIPRESCI critics award on Sofia FF and award for the best movie on GoEast Festival in Wiesbaden. 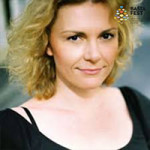 Born in Zagreb in 1976. Graduated acting in 2001. on Academy of live and recorded arts in London. Worked on many theatre, TV and film projects.

She played in movies of Dalibor Matanić (I love you), Zdravko Mustać (The wind blows), Vlatko Vorkapić (Transmania), Filip Šovagović (Transmania) and Bobo Jelčić (Transmania, Short plays and upcoming feature All alone). She worked on the screenplay of short fiction film Do you have a story? with Bojan Navojec and Dario Juričan, directed by Dario Juričan. Film had his world premiere on the 64th Locarno film festival 2011.

ĐORĐE ARAMBAŠIĆ, director of the photography 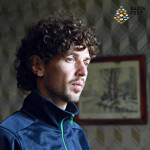 Born in Sombor in 1975. From 1995. he started to exhibit his photographs. After several important awards, he enrolled on Faculty of dramatic arts in Belgrade 2001. Through his studies, he shot two short movies that got the awards in Cannes (Run rabbit, run 2003. and Minus 2006).