THE JURY OF THE FIFTH BAŠTA FEST

We are proud and happy to announce the jury of the fifth Bašta fest!

The main jury consists of three members and they are: Domenico La Porta, film journalist and editor “at Cineuropa.org, Nikolina Vučetić-Zečević, producer from Serbia and Milica Gojković, young Serbian actress. They will hand over five awards: for the best movie (Golden imagination), the best director (Golden indication), the best male and female role (Golden interpretation) and the best screenplay (Golden inspiration). Jury also has a right to give one or two special mentions, to divide the existing awards or not to hand them over.

Youth jury, consisting of high school students from Bajina Bašta, will also choose and award the best film with the Youth Jury prize. Their participation in the program encourages a critical attitude among teenagers in the local community. The members of the Youth jury are: Nikola Jovanović, Nikolina Lazić and Aleksa Spasojević. 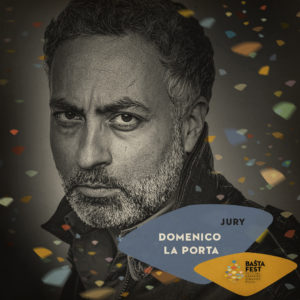 After years of experience as a film journalist, script doctor and tv host, Domenico La Porta became the Editor of Cineuropa.org, the leading media focusing on European audiovisual industry. Besides, Domenico is also managing the Wallimage Creative fund in Belgium (www.wallimagecreative.be) and has been appointed as the director of the R/O institute (www.ro.institute), a next generation incubator for cross-platform narratives.

A film producer dedicated to working with internationally recognised directors as well as emerging talents, this practice being part of her film production BIBERCHE, founded in 2007 in Belgrade. The newest feature films with her signature are “In the dusk”, directed by Sharunas Bartas and “God in the shoe” by Ognjen Svilicic, both starting production in 2018, as well as two debut films currently in post production and which are expected to appear in cinemas in 2018/19 – “Ajvar” by Ana Maria Rossi and “Second Chance” by Marija Dzidzeva. Films produced by Nikolina Vučetić Zečević have won numerous awards on many national and international film festival awards, and her most recent premiered features have been “Offenders”, directed by Dejan Zecevic (premiered at Chicago IFF) and “These are the rules”, directed by Ognjen Svilicic, premiered at Venice IFF (Orizzonti), which has, on that occasion, won its first award for the best actor.

Born in 1989 in Belgrade, she has studied acting at the Academy of arts in Belgrade, in the class of professor Nebojsa Dugalic and assistant Hana Selimovic. She performs in Yugoslav drama theatre, National theatre, Atelje 212 and Belgrade drama theatre. She had eminent roles in TV serials „Shadows over Balkan“ and „Suspicious faces“ and she is currently shooting a new TV serial „Besa“, and film „After winter“ by Ivan Bakrač. 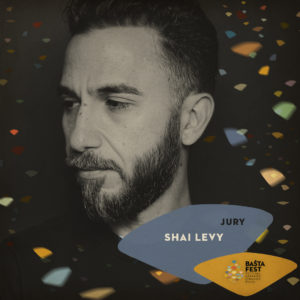 Shai Levy is a DoP, Photographer and a Filmmaker. He was born and raised in Jerusalem and got his diploma at the Sam Spiegel Film and Television School in 1999. He moved to Berlin in 2001 as a guest student at Deutsche Film-und Fernsehakademie. Inspired by the then-establishing digital revolution in cinema and mentored by cinematographer Anthony dod Mantle, he shot 2 feature films, many short films and documentaries for TV and big screen. In the last 10 years he’s been active in the digital advertisement field as a freelance cinematographer / director, side by side with his personal work as a photographer.

Born in Užice in 1999. He finished high school „Josif Pančić“ in Bajina Bašta. He performs in the amateur drama theatre and at the moment preparing for the entrance exam for the Faculty of civil engineering in Belgrade.

Born in Užice in 2000. Student of highschool „Josif Pančić“ in Bajina Bašta. She performs in an amateur drama theatre and at the moment preparing for the entrance exam for Pshychology.

Born in Užice in 2000. Student of the third year in high school „Josif Pančić“ in Bajina Bašta. His hobbies are acting and music, and he also likes photography and design.