The films screened as part of the main competition selection at Bašta fest are each year being chosen by the festival’s programmers, one or few emerging young film directors from Serbia. We are proud to announce that this year Nikola Ljuca took over this role, him being the old friend of the festival: during the second edition of Bašta fest, Ljuca was a member of the Jury, and his debut feature “Humidity” was screened at the closing ceremony of Bašta fest last year. Ljuca is surely one of the most promising local authors, and his first feature film received rather positive reviews at the amazing premiere at the Berlinale, after which during 2016 it had numerous screenings at festivals around the globe.

During the previous editions of Bašta fest, we had the honor of hosting two great young Serbian authors as programmers as well – Ognjen Glavonić and Luka Bursać. The enthusiasm of the small team gathered in organizing Bašta Fest has resulted in its authenticity and sincere hospitality, while the greatest quality of Bašta Fest is certainly its unconventionality in approaching all the programs and events. You are more than welcome to Bajina Bašta from June 29th until July 2nd 2017, when the 4th Bašta fest will take place! Until then, see you on Facebook and Instagram. 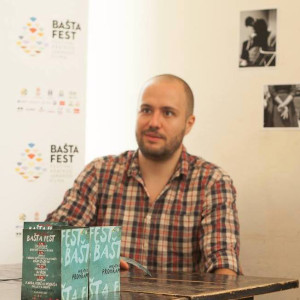