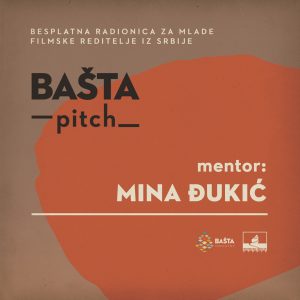 As the part of this year’s, sixth edition of Bašta fest, in collaboration with Film Center Serbia, we are including a new industry programme – a free-of-charge workshop on project presentation for young film directors from Serbia – Bašta pitch!

From the submitted applications, the mentor will choose five projects and directors will prepare, by working with the mentor, for the final pitch (presentation) on the last day of the festival. The jury will choose the winner, who will be awarded with 500e to enable them to work on their project. 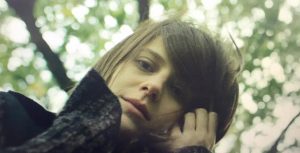 Mina Đukić was born in July 1982. Director, screenwriter, producer, professor, mum. She directed a series of short and documentary films. Her first feature, “The Disobedient“, had its premiere at the Sundance film festival and was screened at many international festivals. She was a producer and co-producer on several feature fiction films. Currently, she is preparing her next film, with the working title „Children sing hits“.