We present you the film program of the 7th Bašta Fest, which will be held in Bajina Bašta from 23-26 of July!

We firmly believe in a festival that creates a live experience and networking which can only be accomplished in person and public, so we have decided that this year’s Bašta Fest will be non-competition only, and focused on Serbian and regional authors.

The film program presents 7 debut films by directors who have been part of the Bašta Fest so far and which have had their premieres in the past two years. Along with the debut films of Marko Đorđević, Ene Sendijarević, Maša Nešković, Nermin Hamzagić, Stefan Malešević and Milena Grujić, we will also screen their short films that have been part of the festival’s competition program so far, as well as the debut film of Ognjen Glavonić who was the programmer of our festival 2014-2016.

See you at the Borići park at our favorite open air! 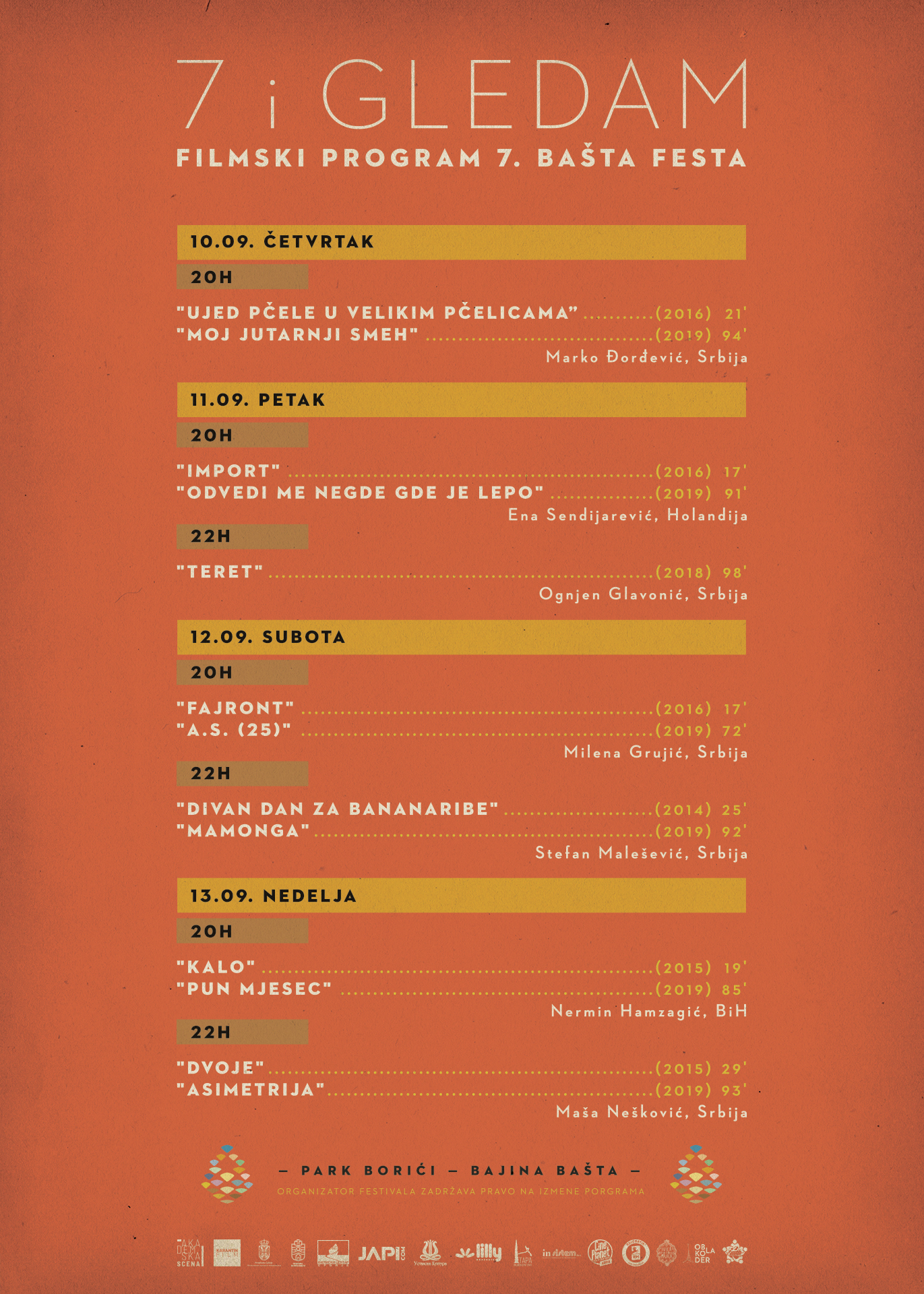