Bašta Fest Team is happy and proud to announce the competition program of the eighth Bašta Fest, which will be held from July 1st to 4th in Bajina Basta, West Serbia! Considering that this year’s selection is made from a merged pool of submissions from this and last year’s editions, about 1200 films arrived, making selection a difficult task for our selector Maja Šuša.

30 short fiction films from 21 countries were selected, of which 6 are Serbian, which make up an exciting and diverse competition program! In four days, the audience will have the opportunity to watch films from 21 countries: Serbia, Croatia, Montenegro, Slovenia, Bosnia and Herzegovina, Austria, France, China, South Korea, Denmark, Finland, Iran, Canada, Egypt, Germany, Belgium, Lithuania, Spain, Switzerland, the Netherlands, Turkey, and we are especially proud of the fact that we have 9 women directors and 7 films from the region among them. The films will compete for the main jury awards: for the best film “Golden Imagination”, for the best male and female role “Golden Interpretation”, as well as two special awards. In addition, there is an award for the best film of the Youth Jury, as well as a regional award for the best camera “Golden Visualization” in cooperation with the Cineplanet rental, which is awarded by an individual juror.

“From the very successful festival hits, the Cannes winner, to the student works, the choice of films for Bašta Fest has never depended on what their previous festival career has been. It is important that we bring the audience at Bajina Basta a quality, exciting program, which opens and re-examines some new topics. Young authors mainly deal with the issue of growing up, questioning oneself in relation to the world, first falling in love, sexual experiences and reconsiderations, discovering one’s place under the sun. We try to entertain, provoke and make the audience laugh and it seems to me that they react so well, especially since the number of people who visit the festival is growing every year. We nurture young authors and we want to draw attention to the form of the short film, which has its own rules and a completely different framework from what we are used to. We award acting awards, which is a rarity for a short film, and we really try to give the wind at the back to all young filmmakers”, added our artistic director and selector Maja Šuša, who is also one of the founders of the festival.

After the awards ceremony, the festival will traditionally close a Serbian debut feature – on this occasion Nemanja Ćeranić’s film “Loan Shark”. 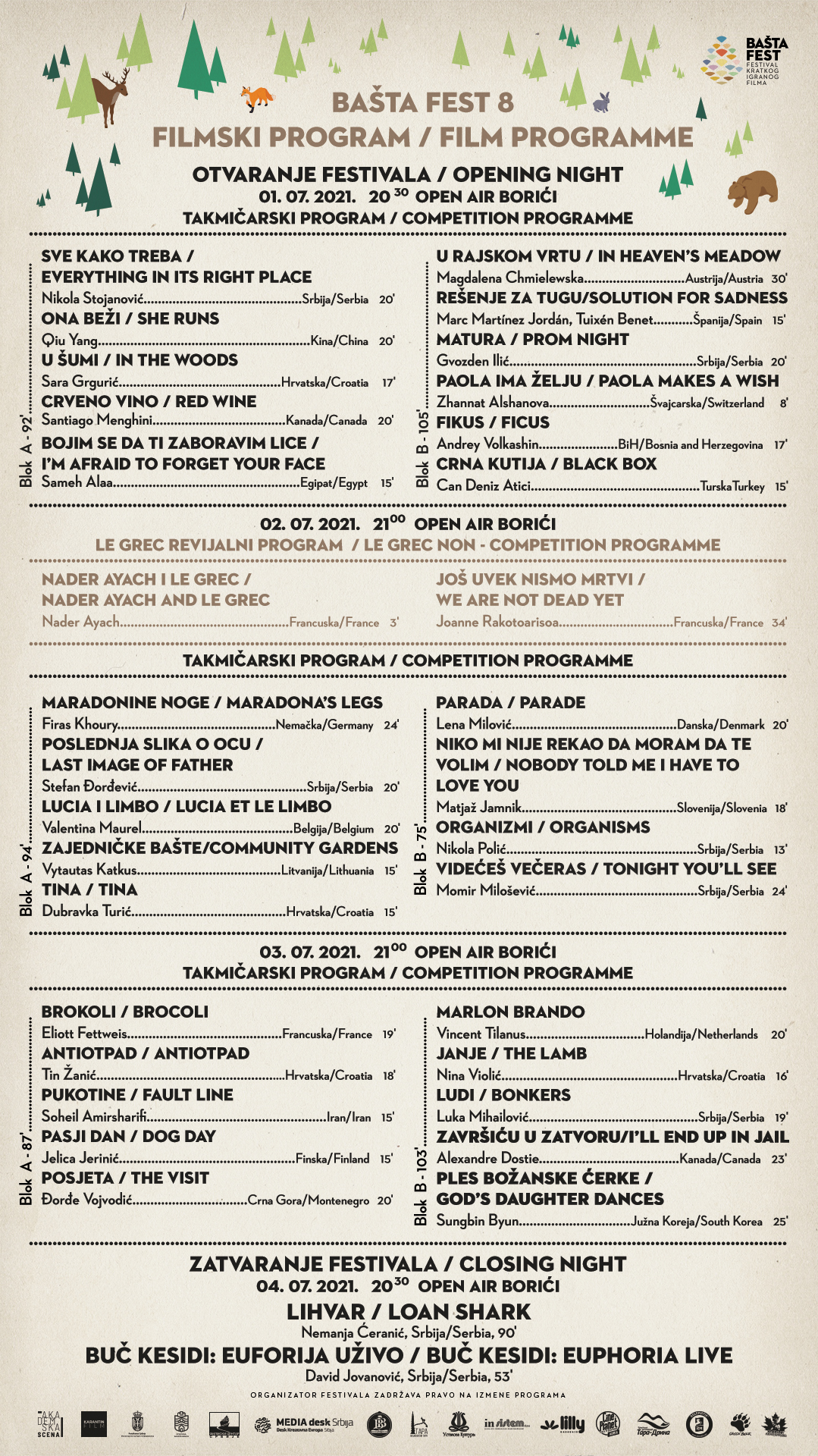