IDEA: WHAT IS BAŠTA FEST

Bašta Fest is an international short fiction film festival held in Bajina Bašta. It is an annual event that takes place during the first weekend of July and lasts for four days. Due to the profession of the founders (actors Jovan Jelisavčić and Maja Šuša), the festival focuses on the collaboration between directors and actors. The focus on quality acting interpretations has had a great influence on Bašta Fest positioning itself positively among short film festivals. Bašta Fest is of great importance for the decentralization of culture since it has brought a diverse film, musical and off programme to this beautiful region. Since its very inception, the idea was to show the incredible natural beauty of Bajina Bašta and its surroundings to a large number of visitors, but we also aspire to turn this festival into a cultural oasis, which primarily promotes local and international young artists, putting emphasis on short fiction films with authentic acting performances.

The main film programme is competitive and for it is responsible festival’s Selector and Artistic Director Maja Šuša, while a three-member jury of prominent film authors and artists hands out the prizes. The awards – statuettes in the shape of conifer cones – will be handed out for: Best Film (Golden Imagination), Best Actor and Best Actress (Golden Interpretation). A youth jury consisting of high-school students from Bajina Bašta also hands out an award for Best Film. Their participation in the programme encourages a critical attitude among the youth, and they accept this position with great responsibility. At the 3rd edition of Bašta Fest, we included a new award for Best Camera (Golden Visualization) supported by the rental house “Cineplanet”. Bašta Fest also hands out the “Bašta Honor” award for outstanding contribution in promoting Bajina Bašta and the entire region.

All screenings at Bašta Fest are free and most of them are held under the night sky, currently at four locations: Borići Park, Perućac Lake, „Dušan Jerković“ Square and the „Vlaja“ cinema. 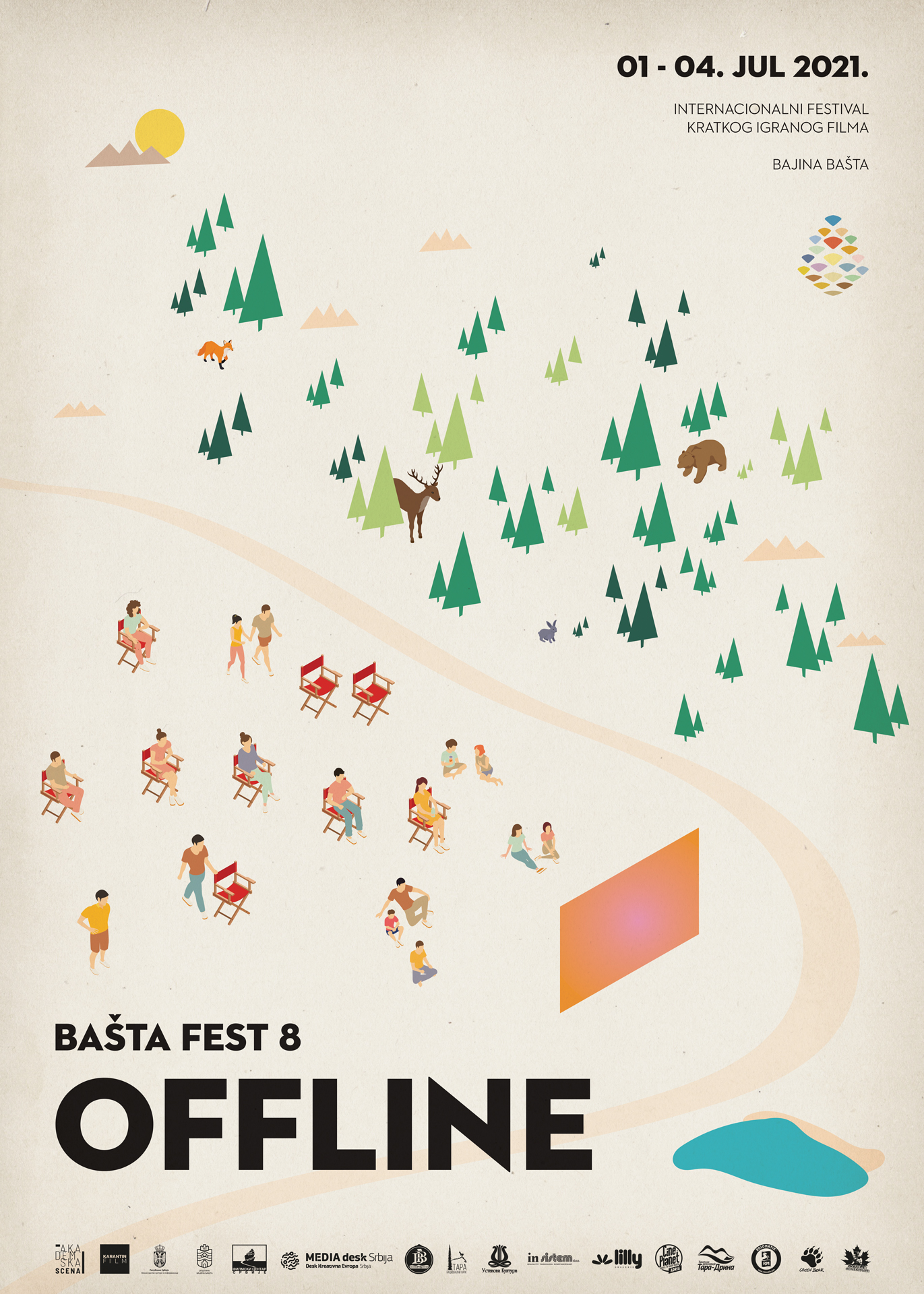